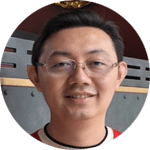 Sheng Wu is a founding engineer of tetrate.io. He has 10 years+ experiences in building and monitoring distributed system. Now he is working on building observability around service mesh.

He contributes a lot in open source projects. He created Apache SkyWalking 4 years ago. Apache SkyWalking(http://skywalking.apache.org) is an open source APM system which is widely used in 100+ China enterprises, including Huawei, Alibaba Cloud, China Eastern Airlines, China Merchants Bank. He used to work at Huawei and Chinese APM vendor. As result, he has rich experiences in APM, distributed tracing and observability.

Also in OSS field, he is co-founder of Apache ShardingSphere(incubating), http://shardingsphere.apache.org/, being a mentor and contributor for Apache Zipkin(Incubating) and Apache Incubator PMC member. He is awarded as Microsoft MVP in open source field.

SPEECH: Observability at service mesh, without tracing by Apache SkyWalking

Observe or monitoring applications are always relying language agents or SDK, which should inject the codes into target applications. But with the service mesh coming, a more cloud native way to provide observability without code change. In this speech, I will introduce what is service mesh, and what it would provide for observability, especially in Istio case. At this background, SkyWalking provides service mesh telemetry and Istio telemetry adoption receiver, which could take advantages of service mesh. From the speech, you could understand how these OSS projects work together and what you could get from them.