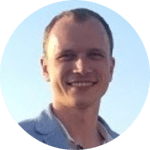 With the unprecedented traffic growth over the past 10 years we’ve been facing new challenges for network infrastructure as a basis service for running ever more demanding applications. The change of traffic pattern (i.e. moving from north-south to east-west), massive use of virtualization services, operation and scalability problems caused the industry to come up with a new concept of infrastructure. This concept is known as Software Defined Network (SDN).
The first part of the presentation is devoted to SDN key concepts, components and implementations. The use of SDN will be reviewed for its main consumers: virtualization and service concatenation.
The second part of the speech is focused on network automation as one of the key SDN areas. We will briefly touch on current automation tools (NETCONF, vendor APIs) and approaches within NetDevOps model. Vendor-neutral network management model (OpenConfig standard), YANG data modeling initiatives, and its practical use are explained within this section as well.
The closing part will go through the example of so called event driven automation. The demo will show how based on certain scenarios network changes can be applied in a fully automated way.   The lab will be built using different network vendors (Juniper and Arista), Napalm-logs will be used as log receiver and OpenConfig message publisher, Saltstack as an orchestration tool will be executing change scenarios based on it’s event bus messages received from publisher.